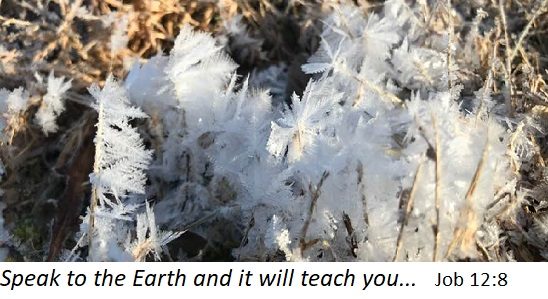 Accretion is the slow accumulation of material over time.  When a river system brings a continuous flow of silt to it’s terminus, where the water’s rate of flow decreases, the silt is deposited on the bottom and, over time, a river delta is formed by the accretion of silt & other material.

Accretion is also the preferred theory for the formation of celestial bodies, comets, meteoroids, and asteroids.  In that understanding, mass in the universe occasionally meets with other mass and joins together.  As more and more material joins, the material forms its own gravitational field, pulling the material evermore tightly together, as well as giving other material moving through nearby space an even better chance to join under the influence of the growing gravitational field.  Eventually, as accretion continues, we get the heavenly bodies.

Here’s an interesting point:  Accretion, as presented in that model, is not likely to occur in space.

Material moving in space has inertia.  Whenever material meets other material, their combined movements cause the material to collide, fracture into pieces, and scatter in directions predicted by the initial vectors of movement.  Under those conditions, matter in space doesn’t meet and join.  It doesn’t accrete; it collides and scatters.

For anything having inertia to meet something else in space and join together, the two (or more) materials need to have nearly identical vectors.  Recall, from your schooling, that a vector is the combination of magnitude and direction.  In this discussion, magnitude is the velocity that each item has.  So, for material to accrete in space, each of the items needs to have nearly identical vectors.  Too much variation among the directions of the vectors, relative to each other, will cause a collision and the break-up of the materials.  Too much variation in the magnitude of relative velocities, and (again) we’ll again see a collision, not accretion.

For accretion to be a valid model in the accumulation of material in space, it needs to be founded on the premise that the material began with nearly identical vectors.  That also implies that the source of the material is one location.  That isn’t all.  If the source is an explosion, like a star going supernova, well… explosions result in the disparate movement of mass ejected by the explosion; everything blows out away from the point of detonation.

So, for accretion in space to work, the material needs to have a single point of origin, and the energy that caused the movement of the material can’t be an explosion.

Well, is there anything we know of that would produce nearly identical vectors among a volume of rock, water, and organic material, and all from a single location that isn’t an explosion?

As it turns out, yes, there is.

“In the six hundredth year of Noah’s life, on the seventeenth day of the second month—on that day all the springs of the great deep burst forth, and the floodgates of the heavens were opened.”  (NIV)

What is often missed in reading this passage is the violence of the action.  The Earth didn’t just open somewhere and some water poured out and everybody sang and then there was a rainbow.

What happened was the crust of our planet was literally split along a seam, and subterranean water under tremendous pressure jetted out with a violence that defies comprehension.  How fast was the jet of water moving?  Fast enough to send some of the water out of the Earth’s atmosphere and into space.  Along with the water came some of the rock being eroded by the water, as well as organic material swept up in the water jet.

Now, it’s one thing to escape the Earth’s atmosphere.  It’s quite another to escape the gravitational pull of the Earth, and (more importantly) the Sun.  Because none of the material ejected from the Earth during the flood event had a built-in source of propulsion, it’s all been subjected to the effect of gravity on continued motion.

Over time, the combination of relative velocities, plus the pull of gravity from the Earth & Sun, has acted upon the material.  Some of it has been captured by the Earth’s gravitation pull and returned to the planet from which it was once ejected.  Some of it has bypassed the Earth and been collected by the Sun.  Some of it hit other planets or moons, or formed into stable (sort of) orbits around the sun.  And, some of it is still out there, still being acted upon by its own initial velocity and the effects of gravity.

So… well, so what?  Just this:  The ever-increasing number of reports linking earth-like rock, water, and organic material to comets and meteoroids is not evidence that the Earth was “seeded” with material that led to the formation of the first self-replicating cell here on this planet.  Not at all.

That would require the accretion of such material in ways that are not observed.

What it’s all evidence of, and what the observed motions that do lead to accretion of material in space does show, is that life arose here on the Earth, and that at some time in the past there was a cataclysmic and literally Earth-shaking event that sent water, minerals, and organic matter into space.  Ever since that event, some of the ejected material has been returning to the Earth, providing us with evidence that it did, indeed, originate here.

Because of that, the presence of Earth-like material in heavenly bodies actually belongs in the body of evidence for the flood event recorded in Genesis.  Life on Earth didn’t originate in space, folks.  Material in space with Earth-like matter in it shows that the material actually came from the Earth itself.

A discussion of this model can be read here http://www.creationscience.com/onlinebook/Asteroids.html

The heavens declare the glory of God;

the skies proclaim the work of his hands.

Day after day they pour forth speech;

night after night they reveal knowledge.

They have no speech, they use no words;

no sound is heard from them.

Yet their voice goes out into all the earth,

their words to the ends of the world.